Home
About
Get There
Tickets

The Drive-In at Union Market is back for a new season from May through November! Watch great films under the stars, in the convenience of your car! Or bike/walk in and picnic on the lot. Delicious foods from market vendors, and fun pre-show activities for movie-lovers of every age!

$10 parking fee per car
One parking fee covers everyone in the car. Advance purchase is highly recommended.
"Sold Out" means that all 175 parking spaces have been reserved. Spaces may be available 5 minutes beore the lot closes.

Always free for walk-ups
There is ample space to picnic, and sit on blankets and cushions. We recommend street parking or walking from the NoMa Metro.

All films are shown with Closed Captions.

Like Water for Chocolate -- Friday, July 6
When tradition prevents her from marrying the man she loves, a young woman discovers she has a unique talent for cooking. In Spanish with English subtitles.
-- Rated R — 1h 45min — Drama, Romance
-- Lot opens at 6:00, Lot closes promptly at 8:30, Film begins 8:55; Film ends at 10:20.

Black Panther -- Friday, August 3
T'Challa, the King of Wakanda, rises to the throne in the isolated, technologically advanced African nation, but his claim is challenged by a vengeful outsider who was a childhood victim of T'Challa's father's mistake.
-- Rated PG-13 — 2h 14min — Action, Adventure, Sci-Fi
-- Lot opens 6:00, Lot closes promptly at 8:15, Film begins 8:45, Film ends at 11:00
-- THE PARKING SPACES ARE SOLD OUT. We encourage you to park elsewhere and picnic in front of the building/screen.

The Lion King - Friday, September 7
A Lion cub crown prince is tricked by a treacherous uncle into thinking he caused his father's death and flees into exile in despair, only to learn in adulthood his identity and his responsibilities.
-- Rated G — 1h 28min — Animation, Adventure, Drama
-- Lot opens 6:00, Lot closes promptly at 7:30, Film begins 8:00, Film ends at 9:30

Hocus Pocus -- Friday, November 2
After three centuries, three witch sisters are resurrected in Salem, Massachusetts on Halloween night, and it is up to two teenagers, a young girl, and an immortal cat to put an end to their reign of terror once and for all.
-- Rated PG — 1h 36min — Comedy, Family, Fantasy
-- Lot opens 5:30, Lot closes promptly at 7:45, Film begins 8:00, Film ends at 9:50 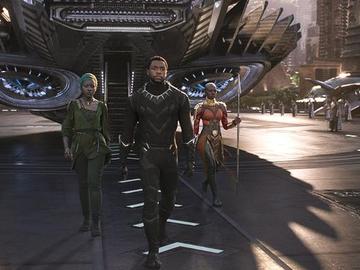 FOR SAFETY REASONS, NO CARS WILL BE ADMITTED AFTER THE LOT IS CLOSED. Lot open/close times are posted on the ticketing website.

other events by this organization